Jose’s Life Worth Living…the success story of a new kidney, and new life

Next month we celebrate six years of Jose’s new life, given to him with a kidney transplant on September 20th 2006, his 18th birthday. 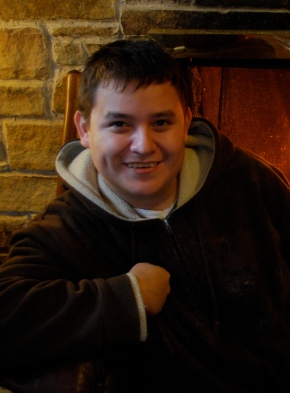 You might have seen the national headlines this week, about a young man here in Pennsylvania being denied a heart transplant because of his autism… yes, it actually states ‘autism’ as a reason in the doctor’s report.

Here is the link to the story:

We are thinking about this a lot here on Juniper Hill, and this is why.  Our wonderful friend, Jose, was given a kidney transplant six years ago, and now he has a  a rich, fulfilling life.  A life filled with friends, family, adventure, new experiences, a happy home, and so much more to look forward to, now that he has been given this second chance.

Jose also has an intellectual disability.

Jose is not on the autism spectrum, but his best friends and housemates here on the Hill, all are. And Jose would like everyone to know that his life is important and worth living, and if his autistic friends were in similar circumstances, they all would deserve a transplant as well.

Jose was not what a doctor would consider a ‘good candidate’ for a transplant, given the usual requirements. He had all of the same issues that Paul Corby has, the

ones listed as reasons for denial.  Psychiatric issues, a disability, and an environment that did not appear to be able to handle the complexity of his life-long after-care. He was taking medications to help him deal with the stress of dialysis and not knowing if he would ever get a new kidney…. his immigrant family struggled financially, did not speak English, and did not understand the instructions that came with his medications.  But for some reason…. after years of dialysis at AI DuPont Childrens Hospital in Wilmington, Delaware, he received a life-saving kidney.

Jose struggled for some time after his transplant.  His home environment was not ideal for his recuperation, he gained unhealthy weight because of his medications, and he was sick quite often.

He moved to Juniper Hill in the Fall of 2010, and his first winter was filled with bouts of nausea and indigestion, migraines, and flu symptoms.  His new support workers, funded by his government disability  ‘waiver’ that paid for people to come to his home and help him with medical and daily living needs…. kept up with doctor visits while teaching him how to cook, keep house, and get along with housemates.

Jose combing Cashmere off of Johnny the goat

Today, two years later…. Jose has lost all of his extra weight, no longer takes psych meds and has reduced his medications to basically just those that help with the kidney transplant.  He is strong and healthy and ready to take on the world.  It is inspiring just to be part of his life.

He volunteers at the local community center for after school children, mostly Hispanic, at The Garage in West Grove, PA. He is active in his church community and has made many friends.  He is passionate about singing… and his life long dream is to become a Christian singer. He is talking about moving to a nearby city in the ‘not too distant’ future… and getting his own apartment because he loves the hustle and bustle of city life.

Now that he has his health back, he goes out on weekends, by himself (without  his support workers) in his old neighborhood of Kennett Square PA and knocks on doors of businesses asking for work. He wants to work with young children and especially loves to be in hospitals making children laugh.

And home on the farm? …  he takes care of the farm animals in the morning, prepares his own meals, does his laundry, is an all around responsible young adult, considerate housemate and loyal friend.  He cooks lunch for a crowd of 15 volunteers every Wednesday with his wonderful support worker Carin.  And for breakfast, he makes a mean pot of homemade oatmeal.

He makes everyone laugh, every day.