Ray was gone for three hours in the adjacent woods one afternoon this week. Three hours!  I was just about to go looking for him when he came trudging

back in rubber boots, cart full of interesting stream rocks to put around his pond, net in hand, and his container with two crayfish and a salamander.  He added the creatures to his pond that we finished last summer, and told us his ‘fish stories’.

Michael called this week, excited about his new place… asking advice about laundry, budgeting, relationships, and planning our summer trips.

John, chef extraordinaire,  sat for an hour yesterday reading recipes from a new Mexican Cookbook and talking about ‘catering’ a private party for a friend. 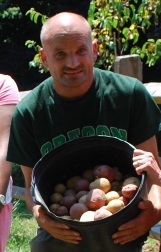 And Andy, well he changed his view this week. Each evening he sits outside on HIS chair at HIS table on the patio before dinner, quietly contemplating, with his various personal trinkets and pebble piles on the little tile table. For over a year now, he has been sitting facing the side yard where the angora rabbits are.  And this week, he rearranged and changed his seat to watch the evening sky and forested hills over the sunflower field… it really is pretty this time of year. He came in first and announced it. ‘I want a different view, I am rearranging the patio OK?’

These are the kind of things happy people do, I think.  Right?

I mean, these guys do struggle with anxiety and sensitivities and impulse control. They never have enough spending money.  They complain about their housemates.  They don’t have jobs that give them enough hours or jobs that are steady. They all have dreams that have not yet been met.

I’ve given this a lot of thought this past month, because we were asked to speak at a conference about ‘happiness’.  And this is what I truly feel, so I’m sticking to it.. for now!

Last Saturday the guys and I presented at the  ‘Autism and The Pursuit of Happiness’ conference given by Dragonfly Forest, a camp for children with autism and other disabilities.  When they called us a few months ago and asked if we would all ‘present’, I hesitated.  Well, the guys don’t actually … ‘present’,  I tried to explain. But I thought about it and decided to give it a shot.  I wasn’t sure how we would all have on our happy faces for that day…  but that’s not really what happiness is all about anyways, right?

So I came up with a powerpoint presentation highlighting the things that I think have contributed to the guy’s ‘life attitude’, be it happy or not, and piled everyone into the van for the ride early on a Saturday morning (a miracle in itself). We were lucky to have our own corner in a quiet side room, with a table on which we could put our important ‘stuff’ during the conference.  Michael arrived and announced that there was NO WAY he was going to stand up in front of a bunch of strangers and talk.  Rebecca wasn’t feeling 100%.  Andy had stayed up all night and didn’t come at all. Brent brought a blanket to sell, and that was all he was concerned about.  And Ray brought Lego creations.  He was ready and willing to ‘present’ his Lego stories. I told them all that I would pay them 10 bucks if they would at least sit in the room while I talked, that it would be nice for folks to see who they were and maybe ask a few questions and they could answer if they felt like talking.  So they all decided to make the effort and go outside of their comfort zone for an hour.. for 10 bucks. 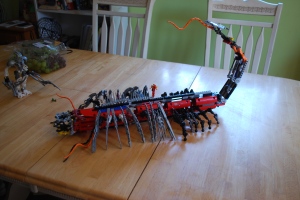 It. was. amazing.  It was either the most outlandish/uncomfortable presentation for the audience… or the most amazing /best ride ever.  The guys mostly did it themselves… with me just clicking through each powerpoint slide and saying a few words before the guys cut in and told everyone the story behind each slide. Michael, who had intended to leave as soon as he arrived because he ‘was not going to stand up and talk in front of people’… jumped up at the first slide to talk about the photo and how it was one from the first year we were together … and he was the one who led everyone else, standing the whole time in the front of the room leading the conversation.  Really. I loved it.  These guys rock.

They reminisced about good times.  They were unorthodox.  They argued. In the middle of the presentation, they excused themselves and went outside to work out their differences and came back in five minutes best friends. They talked over each other.  They laughed with each other. And they were occasionally R-rated… talked openly about sexuality, bullying, abuse, and living in a residential facility.  Rambled on and on in detail about Lego creations and why each part went where. And they told the story of their lives together the past four years, talking off of the slides that had the memories…  the trips we have taken, the meals they’ve learned to cook, our animals, selling sunflowers at the Farmer’s Market, and their staff, their wonderful support people.

And every so often during the presentation, Brent would raise his hand.  And then he would come up to the front of the room and stand next to Michael… holding the blanket that he was crocheting….  and he would say ‘I making blanket

bigger’ and then look at me… and I would tell the audience, each time, that Brent crochets blankets and sells them, and he wanted everyone to know that he had one for sale for $35 at the table in the hallway.

And of course, after the presentation someone bought the blanket.

It was a great day. I am very very happy.

Last weekend we visited the Wolf Sanctuary of PA  for the Full Moon Tour …  listened to wolf lore by moonlight, warmed our cold feet by a huge campfire, got to know 40 rescued wolves, gazed into their yellow eyes and heard their lonely howls.  It was under 20 degrees F, but we walked around for two hours and Jose still wanted to keep asking questions as we were leaving. We warmed up at Cousin’s Pizza at 1030 at night and told our favorite wolf stories.

Our trip to New York City last month was a beautiful unseasonably warm and sunny day strolling the pedestrian street at Times Square, eating lunch at the HardRock cafe, and seeing a ‘sensory friendly’ production of ‘elf’ off Broadway. We checked out the New Year’s ball that we had just watched on New Year’s Eve, does it sit up there all year long?!  and we watched the skaters at Rockefeller Center before we boarded our own private, quiet and not too crowded bus back home to Pennsylvania. 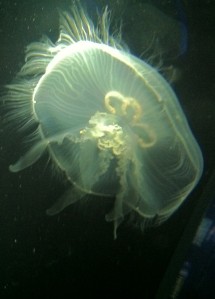 so we can walk around, have our own bathroom, eat Crab Fries and be somewhat flappy without bothering others)….. watched the spectacular Disney on Ice, spent a week at the beach, seen the most amazing jelly fish at the Baltimore Aquarium, met the HARLEM GLOBETROTTERS!, gone to the China Buffet once a month or so where we can eat lots of fried dumplings and make ice cream sundaes with unlimited whipped cream for dessert…… and amazingly we got to geek out at the New York City Comicon where we talked Anime/LEGO/ Ninja Turtles non-stop for 6 hours. 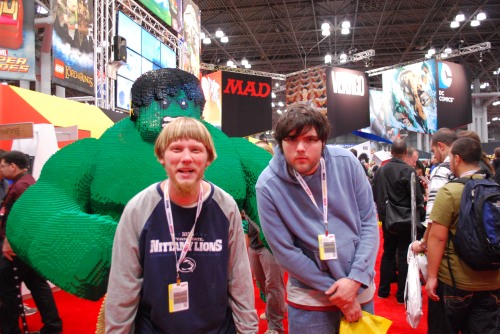 We’ve learned to tolerate … maybe even enjoy….each other in the van on the way to events; gotten comfortable in restaurants; learned to make it through (without meltdowns) the dreaded ‘getting ready and loading up’ period before each excursion, learned that new places and faces don’t have to be scary, and formed close, trusting relationships with our dear A.A.L.I.V.E. family and friends who we see on many of our trips.

And just how do the guys get to do this on their $698 dollars a month?

A.A.L.I.V.E.  Adults with Autism Living with Independence, Value and Esteem.

Money is tight for many people who have a disability and who are trying to create a fulfilling, productive, independent life for themselves.  Even when you’ve been able to put some money aside for a fun trip, it is difficult to structure an outing to meet the needs of folks with severe sensory issues and a fear of new environments. It’s a strange, scary, noisy, crowded world out there!

WE ARE SO LUCKY to live in southeastern Pennsylvania! 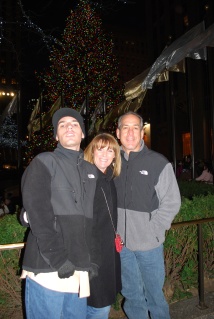 The A.A.L.I.V.E.organization has evolved into an amazing resource for adults with autism … and it’s such a GOOD IDEA… to structure experiences for folks like the Juniper Hill guys so that they can venture out of their comfort zone and see and do amazing things.